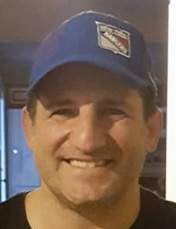 Gilbertti, who will be joined by hosts Josh Mathews and Ross Forman, had a six-year run in WCW, claiming the promotion’s Cruiserweight Championship, Television Championship (twice) and the Tag Team Championship.

Gilbertti has worked for IMPACT Wrestling numerous times in the past, dating back to 2002, but no time was more memorable than November 2018 on the Thanksgiving episode when Gilbertti tried to impress Scarlett Bordeaux. He participated in a 5-on-5 mixed tag team match, teaming with Jake Crist, Katarina, Rohit Raju and Eli Drake. They faced the team of Alisha Edwards, Dezmond Xavier, Kikutaro, KM and Fallah Bahh – and Bahh pinned Gilbertti.