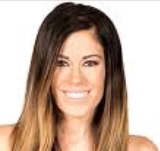 One of the most decorated Knockouts Division wrestler ever, Madison Rayne is back with the company – and definitely looking for another shot at championship gold.

Rayne is a five-time Knockouts Champion for a combined 404 days – the second-most total in company history. But she hasn’t been the champion since early-2014.

Rayne won her first three Knockouts Championships in 2010, and is now more driven than ever to reclaim the title. A sixth title run would tie Rayne with her former Beautiful People partner Angelina Love for the second-most title reigns. IMPACT Wrestling Hall of Famer Gail Kim has a record seven title runs for a combined 711 days, which also is the record.

Rayne returns to a Knockouts Division that certainly is talented, and quite mysterious, too. With Knockouts Champion Allie leading the pack, the Knockouts roster also features such power hitters as Sienna, Taya Valkyrie, Tessa Blanchard and Kierra Hogan; not to mention Rosemary and Su Yung.

IMPACT Wrestling is officially on the Road to Slammiversary, which will be held July 22 in Toronto and air live on pay-per-view. Rayne is ready to rock Slamm16, just as she has many times in the past.