Hyan Speaks Out About Working in WWE, Getting an AEW Title Shot, Facing Mickie James on Impact 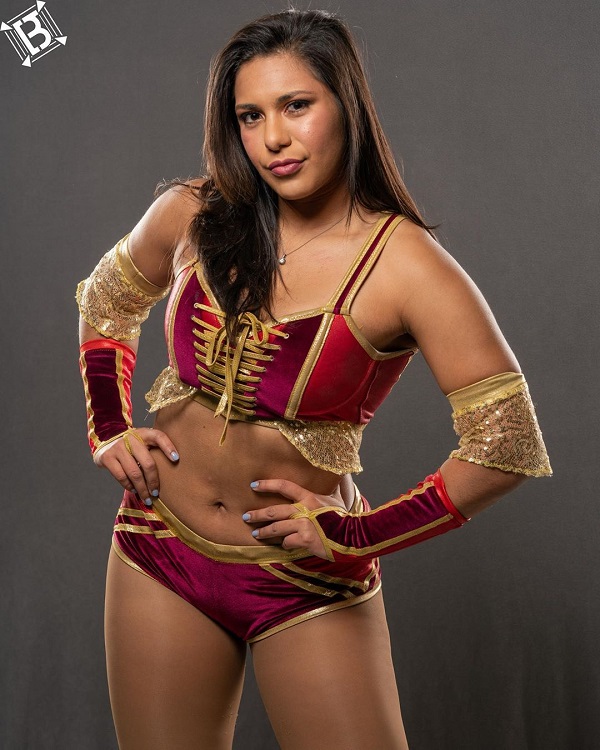 Indy star Hyan joined PWMania.com for an exclusive in-depth interview. During the conversation, Hyan opened up about her time working in WWE, AEW, and Impact Wrstling. She also discussed what’s next in her future and more. Here are some highlights:

It was cool. It was so long ago and I was still really new. It was cool because it was in Houston at the Toyota Center, and it was Monday Night Raw. Who knows when the next time I’ll be able to do this will be. Nia was incredibly nice. Everyone was so nice to me backstage. I remember everyone blowing up my phone too. That was a lot of fun. I thought I’d be more nervous, but there wasn’t much for me to be nervous about.

Her title shot in AEW:

Working with Mercedes was so much fun. It was in Houston, and at the building where I graduated from at the University of Houston. I just have such a high respect for her. Whenever I was still learning and coming up, I would fly myself out and pay to go to her seminars. She’s someone I’ve always looked up to and loved her style of wrestling. She’s someone who does wrestling the best, and that’s my opinion. Every time I’m around her I learn something. I’m just so grateful I got to have that experience with her. I didn’t know it was going to be for the title. I just remember Mercedes coming up behind me and telling me that it was her and I for the title so we got to have a match. I was like hell yeah, that was cool and it was unexpected, but a great experience.

I love Mickie James, and I was such a big fan of hers. Getting to meet her was cool. I got starstruck so I had to try and keep it all inside and just act normal. She is just incredibly kind and so knowledgeable. One day I would love to have another match with her. I can’t say enough good things about her. She’s a total sweetheart, and I loved working with her. I worked with her a lot in the UK, which is where we met. We just had instant chemistry. When I got to wrestle her in IMPACT, I just immediately thought it would be perfect because I knew I would be able to go with her in the ring. She wanted me to have a great showing too, which I appreciated a lot.

Hyan also talked about her plans for the future, breaking into the wrestling business, and much more. You can read the complete interview at this link.