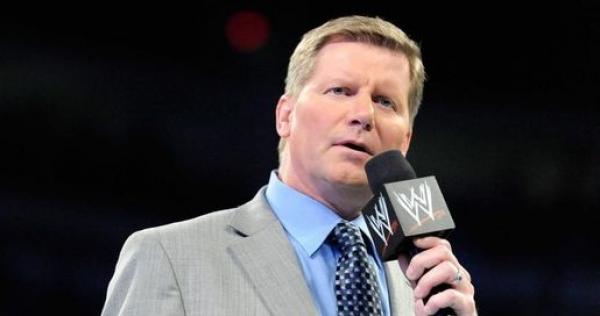 Tom Pritchard, who spent five years working as a coach in WWE, was almost fired for wearing sweatpants to work by former WWE Head of Talent Relations John Laurinaitis.

In 2007, Tom began serving as a coach. During that period, Pritchard was able to get under Laurinaitis’ skin, and he frequently called the office to ask about Pritchard’s attire.

Pritchard explained to “Story Time with Dutch Mantell” how Laurinaitis took issue with him wearing sweatpants and how it nearly led to his dismissal from WWE.

“You know I had an office on the fourth floor, right? (…) I didn’t belong on the fourth floor. I wore my sweatsuit, my sweatpants, my gym clothes, my workout stuff because I figured I was a coach. And then John Laurinaitis saw me one time, ‘I need you to dress more professionally.’ So that was on a Friday, and I knew he was going to be on the road on Monday so guess what I came in wearing on a Monday, my sweatpants.”

“He called the office to check and see what I was wearing. He really did. And Andrew Russo put the call in to me. He says you got to call one whatever else I picked up, ‘hey Tommy, what are you wearing today?’ [imitating Laurinaitis], he goes, ‘I can make it to where you could wear sweatpants everyday if you want.’ I said, ‘No John, I understand.’ And I lived right around the corner from the office, so I went home and changed.”