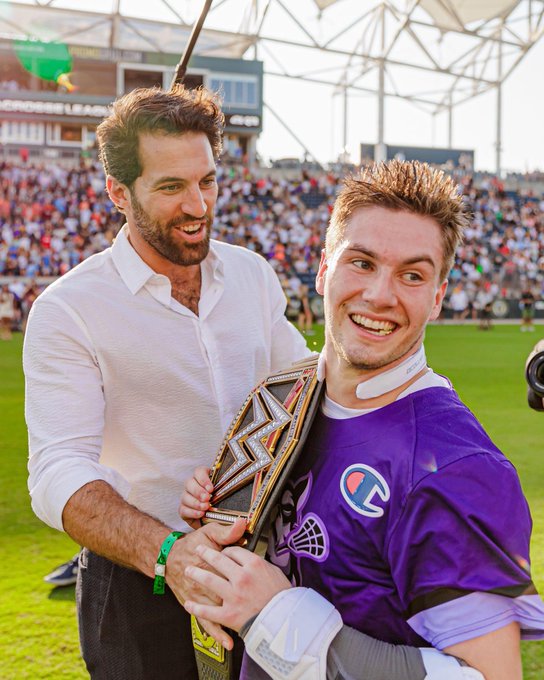 Triple H congratulated the Waterogs Lacrosse Club on their Premier Lacrosse League Championship win over the Chaos Lacrosse Club this past Sunday. He tweeted the following and tagged MVP Michael Sowers plus PLL co-founder Paul Rabil-

A major milestone so you have to celebrate like a @WWE champion! @paulrabil pic.twitter.com/24jMR8Bfkb

It was announced earlier this year that WWE is an investor into the lacrosse league. Rabil also tweeted about Waterdogs’ win and tagged Triple H & Stephanie McMahon. He wrote-

At this year’s all star break we announced that the @WWE joined as an investor in @PremierLacrosse. On sunday we got our very own custom championship title to commemorate the big game 💪🏆 @TripleH @StephMcMahon pic.twitter.com/u7G0EWxx5Y