Tony Chimel comments on being let go from WWE 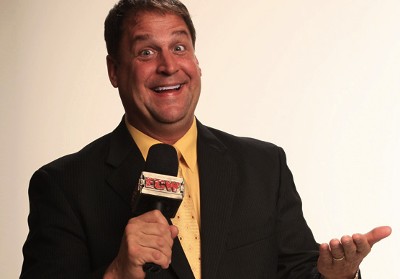 Announcer Tony Chimel was surprised at his release from WWE in 2020, as he shared on the Two Man Power Trip of Wrestling podcast recently (per Wrestling Inc). Despite the change of environment in the midst of the pandemic at the time, Chimel was still available for work. You can read a few highlights and listen to the complete podcast below.

On his status at the time of his release: “When the pandemic hit, I was willing to go and travel and do shows and do whatever, and just continue to do my job. Obviously, they weren’t running shows all over the country because of that. But they started running shows in Orlando, which is only two or three hours from where I live now and where I lived. I offered to go there, and they were saying no, they didn’t want me there and things like that.”

On getting a termination call from Kevin Dunn: “Kevin technically wasn’t my boss, but he makes a lot of decisions. I don’t know if he made a decision, or that new guy Khan, whatever, made the decision, because I’m sure they had independent contractors working in the production office and doing what I was doing for probably a lot less money. And at 59 to 60 years of age back then, they probably said, ‘Oh, we can just let him go.’ I guess it was a timing thing for them.”