Cary Silkin discusses his induction into ROH hall of fame 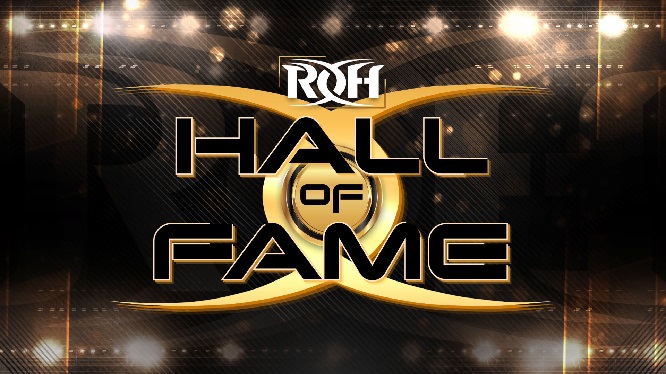 Cary Silkin was inducted into the 2022 ROH Hall of Fame and honored with the inaugural Legacy Award.

The original ROH owner spoke about the honor and how he found out about the news during an interview with Ringsiders Wrestling.

“Well, I had a hunch something was happening because Delirious called me and asked me if I could come down to Baltimore, that they were doing the final episode of the Hall of Fame thing, so they’re going to do, you know, the final one and you know, Briscoes, [Samoa] Joe, [CM] Punk, Bryan [Danielson] and, ‘Oh Cary, we’d like to have you there because you can throw in some insight on — this was all your era.’ So I’m not known as the greatest promo man. I might be able to tell a good story, but I’m not known for my promo work. So I’m thinking they’re probably gonna do this but it’s nice, fine. So I went down to Baltimore the night before and I went to the Dojo where they film this and Ian [Riccaboni] was there, Delirious was there and this really good production guy who did a lot the last year or two with Ring of Honor. You’d see these things, it was this guy, really good guy, Zane Decker. Anyway, so, they kept it a surprise and it was in the back of my mind but it sort of fell out of the back. A lot of stuff falls out of the back of my mind. So I just sort of forgot about it and we were doing it and it was only like five wrap-arounds, so when we got to the last one with Ian and he had the extra box which I didn’t even really notice, it was very nice, it was very cool. So yeah, I made believe I didn’t know about it at all which I didn’t so, it was cool so, to be in that class, I would have been completely happy — I’m being very sincere — it [would] have been fine, just have the wrestlers, you know? And if I would have been voting, I would have picked The Briscoes first no matter what and then as far as the other three, it’s very difficult but I would have to pick Bryan due to his longevity in my era.

I mean I saw him literally from day one, from when he left in ‘09 and this is not to take anything away from Joe or Punk because those two guys in late ‘04 into ‘05 when we were having those troubles, they were a huge part of getting some major attention on Ring of Honor and I was talking about this the other day with somebody, at that same time, we’re trying to get this stench away from us, right? So, after about six, eight months, the Joe-Punk thing, that sort of started quick but we also had Mick Foley for like seven or eight shows and simultaneously, we had Ricky Steamboat. I don’t know if you saw the whole thing. They were doing this angle, it was great and there’s Steam — there we are in Dayton, Ohio, a dingy building. You know, we’re behind the curtain, that’s the dressing room, right? A f*cking curtain, you’ve seen it, and there’s Foley and Steamboat in chairs talking to each other and Gabe Sapolsky — they’re like behind us. Gabe Sapolsky comes and taps [me], he goes, ‘Cary, look. Look over there.’ So, between the Punk and Joe — so my point is that Punk and Joe are integral, integral. That feud and having Foley and Steamboat at that time really helped us propel us to whatever the hell else we did, because we lost Punk and Joe quickly.”