Big E learns how bad his recent injury could’ve been 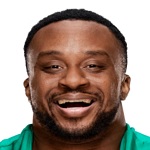 Big E says he came close to suffering a stroke, paralysis or death when his neck was broken on WWE SmackDown two weeks ago.

As we’ve noted, Big E suffered a broken neck during the March 11 edition of SmackDown on FOX in Birmingham, AL after taking a belly-to-belly throw from Ridge Holland at ringside. He was stretchered away from the ringside area, and then taken to a local hospital for further evaluation. Big E announced that same night that he suffered the broken neck when taking the move from Holland. He later announced that he fractured his C1 vertebrae and his C6 vertebrae, but would not need surgery. He also confirmed that there was no damage to his spinal cord, and no ligament damage.

In an update, Big E took to Twitter this afternoon after his first doctor’s visit since being released from the hospital last Sunday. He revealed how close he came to a really bad situation.

“Had my first doctor’s appointment and learning (because of the C1 fracture) I narrowly escaped a stroke, paralysis or death is very sobering. Life feels even more precious and valuable now,” he wrote.

Big E was released from a Birmingham hospital the Sunday after the injury, and has been back at home in Tampa since then. Michael Cole noted on SmackDown commentary that Holland visited Big E and apologized for what happened, and it’s been reported that several other wrestlers visited Big E while he was in the hospital.

There’s still no word on how long Big E will be out of action, but we will keep you updated. It was previously revealed that WWE had plans for a big six-man match at WrestleMania 38 with The New Day (Big E, Kofi Kingston, Xavier Woods) vs. Holland, Sheamus and Butch.

Stay tuned for more on Big E’s status. You can see his related post-injury tweets below, along with footage of the incident on SmackDown two weeks ago:

Had my first doctor’s appointment and learning (because of the C1 fracture) I narrowly escaped a stroke, paralysis or death is very sobering. Life feels even more precious and valuable now.

I used to endure difficult things in my life and I felt very alone. But I feel so immeasurably loved and supported. I was not prepared for the sheer volume of DMs, calls, texts, visits, etc. I’ll never be able to adequately thank you all.

so um.. big E rushed to the hosp on a stretcher. possible neck and back cracker. this is what happened…made his body stiffen up and all and its scary. :/ #SmackDown pic.twitter.com/PDJw9d6eOM