Cornette explains why WWE should be worried about AEW 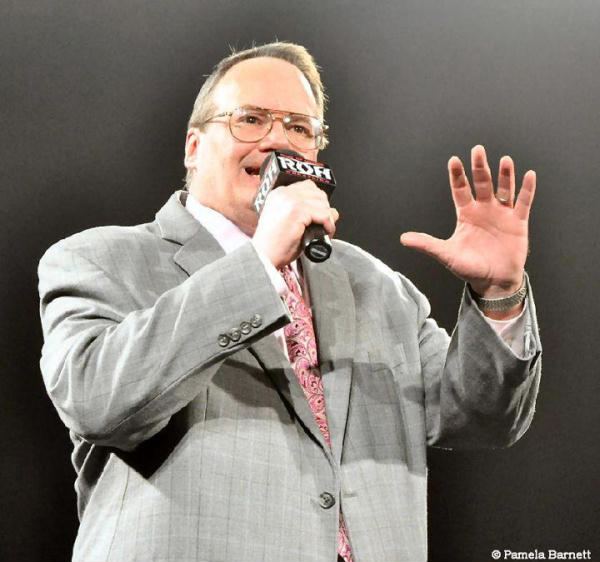 Jim Cornette gave his thoughts on various topics including AEW on his Drive Thru podcast.

During it, the legendary pro wrestling manager explained why he feels WWE not paying attention to AEW would be an error. He thinks at a time where WWE is in a wrestling war, they shouldn’t be letting go of big-name talent.

“Instead of saying ‘NXT 2.0,’ They might as well say ‘The promotion formerly known as NXT.’ They’ve run off everyone’s favorites from there. They’ve run off Danielson, they couldn’t entice Punk to come back into the fold, and now they need to worry about AEW.”

Cornette then talked about Kevin Owens signing a new multi-year deal with WWE for 2-3 million per year.

“I’m not trying to knock him here, I’ve always said that Kevin Steen [Owens] could work and he could talk, it’s how he has been booked, which is not his fault. Kevin Steen is getting $2-3 million a year and that indicates 2 things. 1) There is a shortage of talent to begin with. 2) The WWE is embarrassed by just having difference-makers handed over on a silver platter to the other side. 3) We are back in a promotional war.”

“If Tony Khan was in this bidding war, then for once he did the smart thing. When it got to $2 million for Kevin Steen, Khan said ‘Keep him.’ That may be a tactic they are trying and see if they can bid these guys up so that he [Khan] would be the modern-day Eric Bischoff, spend money like a drunken sailor to sign up all the stars and have an unsustainable payroll.”

“They ain’t doing the revenue that WCW did in 1999 at AEW, and WCW still went broke. But maybe they have realised the battle of perception is being lost quickly with the number of people going from WWE to AEW, especially when they were in high-profile positions with their previous employers. This is all a one-sided thing, is there anybody in AEW that WWE could sign and capitalise on, not f*ck up and be a top guy for the WWE? I don’t know about that.”