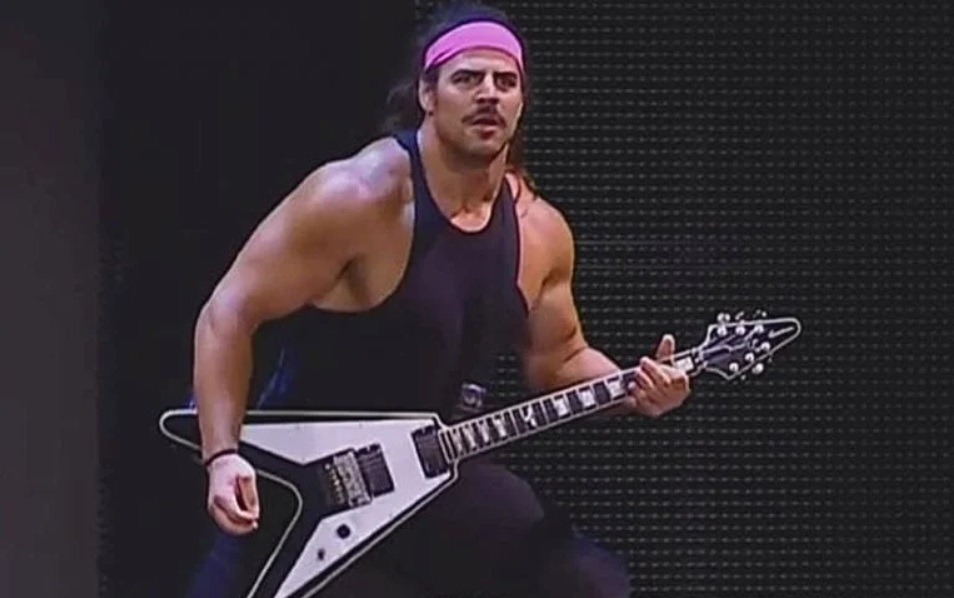 – Bugenhagen was an NCAA level wrestler during his time at the University of Wisconsin
– Bugenhagen signed with WWE in 2017, having spent the previous few years working as a wrestling coach at UW-Madison
– Bugenhagen debuted under his real name at an NXT Live Event on his 30th birthday, losing to Lars Sullivan
– In February 2019, Bugenhagen made his NXT televised debut, losing to Drew Gulak
– In January 2020, the now-renamed Rik Bugez worked two EVOLVE events, losing to Joe Gacy before defeating Anthony Greene
– In the run-up to WrestleMania 37, Bugenhagen portrayed the Old Spice-inspired Joseph Average character to win the WWE 24/7 Title twice, albeit with very short reigns
– In May 2021, the again-renamed Rick Boogs made his official main roster debut, playing Shinsuke Nakamura to the ring on his electric guitar
– On August 20, Boogs (in his first main roster match) teamed with Nakamura to defeat Apollo Crews & Commander Azeez