This Day In Wrestling History – October 24 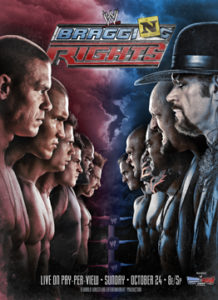 It’s been a while since I’ve done one of these, about 20 months in fact. Career changes and life changes prevented me from doing this on a daily basis like I used to.

I don’t watch much wrestling nowadays but I know a little bit of what’s currently going in WWE and AEW. I haven’t watched much WWE but based on the viewership numbers for RAW, I’m not the only one that’s tuned out.

I’ve watched AEW a couple times and have enjoyed it; I just haven’t made it a regular habit of tuning in. Switching Dynamite to Saturdays the past couple weeks hasn’t helped. Remember the huge pop CM Punk got when he debuted on Rampage? I hadn’t heard a pop that big since The Hardy Boyz returned to WWE at WrestleMania 33 in 2017.

So, with my goings-on out of the way, here’s October 24 in wrestling history.

1979 – Ricky Steamboat and Jay Youngblood defeat Paul Jones and Baron Von Raschke, to win the NWA (Mid-Atlantic) World Tag Team Championship.  As a result of the victory, Steamboat opts to vacate the NWA Television Championship he had held since June 1978.

1994 – In the United States Wrestling Association, The Moondogs defeat The Phantoms, to win the USWA World Tag Team Championship.

-In a dark match, MVP defeats Chavo Guerrero.
–Daniel Bryan (representing RAW) defeats Dolph Ziggler (representing SmackDown) via submission.
–The Nexus (David Otunga and John Cena) become the new WWE Tag Team Champions, defeating Cody Rhodes and Drew McIntyre via submission.  Rhodes submitted to the STF applied by Cena.  After the match, Cena attacks Otunga and leaves with both of the tag team belts.
–Ted DiBiase, Jr. defeats Goldust.
–Layla defeats Natalya, to retain the WWE Divas Championship.
-In a Buried Alive Match, Kane defeats The Undertaker, to retain the World Heavyweight Championship.
-Team SmackDown defeats Team RAW in a 14-man Elimination Tag Team Match.  Edge (SmackDown) get his team the win after spearing and pinning The Miz (RAW).
-In a match for the WWE Championship, Wade Barrett defeats Randy Orton via disqualification.  Had Barrett lost, John Cena would’ve been fired.  It was Cena who interfere and attack Barrett during the match to give Barrett the DQ win.  Orton retains the WWE Championship.

And happy belated birthday to me, as I turned another year older yesterday and celebrated by buying myself a brand new laptop and a new wireless printer.