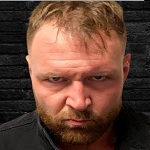 Two big tag teams will reunite on Saturday, October 30 for The Wrestling Revolver’s “Tales From The Ring” event in Clive, Iowa.

Jon Moxley and Sami Callihan will reunite as The Switchblades to face Eddie Edwards and Davey Richards of The Wolves. This is being billed as a Dream Tag Team Match.

The event will be hosted by Sami’s Wrestling Revolver promotion, on Saturday, October 30 at the Horizon Events Center in Clive, IA. Tickets go on sale this Friday at 8pm ET. The show will air live on FITE.TV.

This looks to be the first time Moxley and Callihan have teamed since the CZW Tournament of Death IX event in June 2010. This will be the first time The Wolves have teamed since a Beyond Wrestling event in March 2017. They split in February of that year on Impact Wrestling TV. Richards returned to the ring earlier this year after being away since July 2017. The Wolves are former two-time ROH World Tag Team Champions and former five-time TNA World Tag Team Champions.

Moxley and Callihan, then-wXw World Tag Team Champions, defeated The Wolves back on March 13, 2010 at the former ECW Arena.

Stay tuned for more. Below are related tweets on the match:

They’ll be talking about this for years to come…… let the hunt begin https://t.co/uU6AvuSm4y

Signed for 10/30#TalesFromTheRing@HorizonEventsC1 in Clive, IA
LIVE on @FiteTV