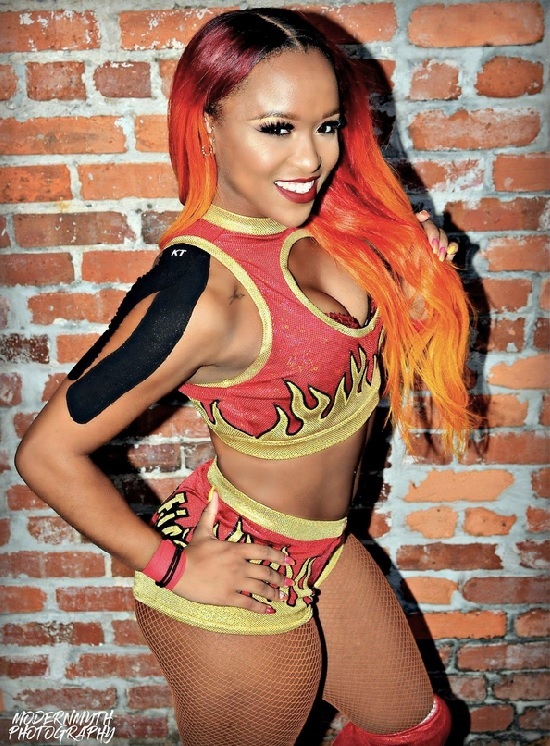 The 26-year-old took on former AEW Women’s champion Hikaru Shida in her first match with the promotion, a match which will air this coming Monday on AEW’s YouTube channel.

Hogan left Impact Wrestling last month, revealing the news on her OnlyFans account. She and her tag team partner Tasha Steelz lost the Impact Knockouts Tag Team titles to Decay at the Slammiversary pay-per-view and the late July tapings were the last ones for the promotion.

She signed with Impact in 2017 and is a former two-time Knockouts Tag Team title holder.