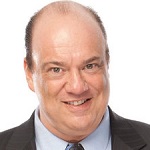 Paul Heyman recently spoke with Alistair McGeorge of UK Metro and said he will deal with the pending Brock Lesnar issue when he has to.

Lesnar has been away from WWE since dropping the WWE Title to Drew McIntyre at WrestleMania 36 in 2020. He had Heyman by his side at that point, but since then Heyman has linked up with WWE Universal Champion Roman Reigns, who has a history with Lesnar. Heyman was asked where his allegiance may lie if and when Lesnar returns to WWE.

“Well, that’s a hypothetical question and I deal in facts, not hypotheticals,” Heyman answered. “My father used to say, ‘If, if, if – if your aunt had balls, she’d be your uncle. She doesn’t, so she’s not.'”

Heyman continued and mentioned Lesnar possibly returning to WWE or to UFC to take the UFC Heavyweight Title from Francis Ngannou.

“If Brock Lesnar wants to join football and run circles around Neymar and Ronaldo and [David] Beckham, he will. If Brock Lesnar to get involved with rugby, he’ll smash every record of any rugby player in the history of the game – and he will.”

Heyman insisted he won’t worry about being the man in the middle when it comes to Reigns and Lesnar.

“Brock Lesnar does what Brock Lesnar wants to do. So I’ll burn that bridge when I have to cross it,” Heyman said.