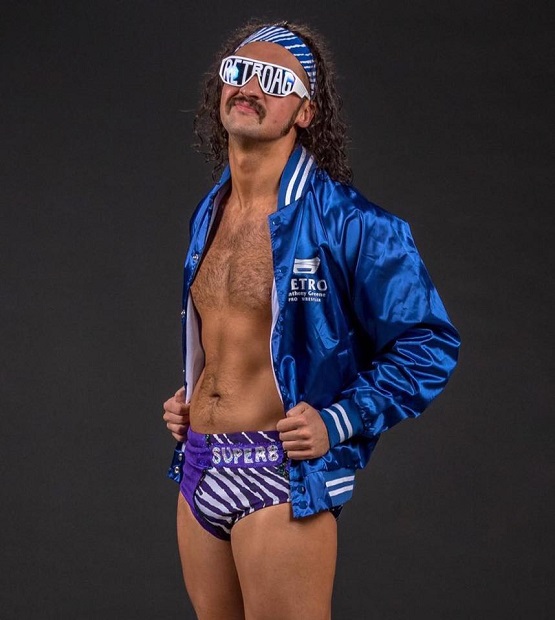 Former WWE Superstar August Grey is back to using his real name, Anthony Greene, and now has a new nickname.

Greene, who was released from the company back on June 25, is now using “The Alternative” as his nickname. He previously used “The Retrosexual” on the indies before joining WWE.

As seen below, Greene recently released a vignette on Twitter, where he cut a promo to declare himself as “The Alternative” in pro wrestling.

“If my career ended when I was told ‘no’, I would’ve been done a long time ago,” Greene says in the vignette. “Life is not about pass or fail, it’s about how you come back from it. It’s about having a back-up plan, having an alternative. Anthony Greene does not have an alternative… I am The Alternative.”

It’s worth noting that Florida sports reporter Jon Alba recently stated on Twitter that Greene was beloved by just about everyone he worked with at the WWE Performance Center in Orlando. Multiple sources reportedly confirmed this to Alba, noting that Greene was extremely dependable, and put in positions to enhance the ring work of other wrestlers, including prominent people, because he could be trusted.

Greene is taking bookings via aganthonygreene@gmail.com. He has changed his Twitter handle to @alternative_ag, and his Instagram handle to @thealternativeag. It’s believed that he was under a 30-day non-compete clause with WWE, which would make him a free agent after Sunday, July 25. Greene is also now on Cameo and has new merchandise, which you can see below.

Greene, a former CZW World Heavyweight Champion and EVOLVE standout, originally started with WWE in the October 2020 Performance Center Class, and had runs on WWE NXT and WWE 205 Live. His last match aired on 205 Live the night of his release – a loss to Grayson Waller. That match was taped for a few days before at the NXT taping.

Stay tuned for more on Greene’s post-WWE future. You can see his related tweets below:

There are plenty of options… But there is only one ALTERNATIVE. pic.twitter.com/jGy4aCijYa

Birthdays, anniversaries, retirements, or if you want to hear a joke!
https://t.co/2DPJhQCm1K