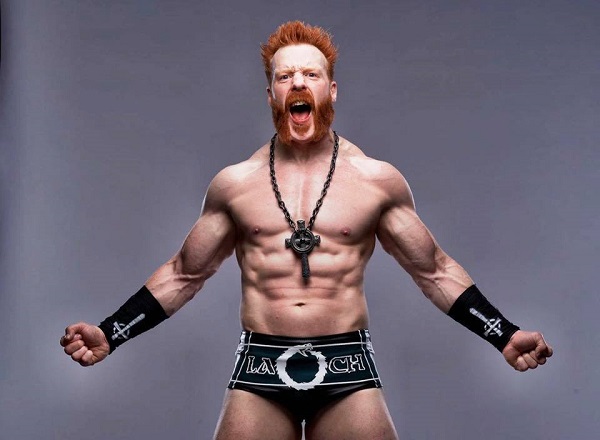 WWE United States Champion Sheamus took to Twitter this week and revealed that he had an item stolen in the recent theft incident at the Yuengling Center in Tampa, Florida.

As noted back on June 5, the University of South Florida Police Department made a tweet asking the public to help identity a man who was caught on video stealing items from the WWE ThunderDome at the Yuengling Center, which sits on the USF campus.

Sheamus tweeted on Tuesday and revealed that his Celtic Cross pendant was among the items stolen by the unidentified man.

“..a lovely fella stole my cross (on camera below). I’d appreciate it if you internet sleuths could track it down & return it via details below.. ringside seats reward when we return to your town & many beers [smiling face with sunglasses emoji],” Sheamus wrote.

You can see Sheamus’ full tweet with a photo of the cross below. Based on surveillance photos released by the police, fans have speculated that the thief also made off with a title belt, possibly the RAW Tag Team Titles. The bulletin from police mentions that several items related to WWE were stolen.

USF Police noted that the man is wanted for Grand Theft, and may have tried to steal identities. The incident occurred on Saturday, May 22 between 12:10am and 1:58am. Police are looking for a Hispanic male between the ages of 25-30, with brown hair, a mustache, and a light goatee. You can call the USF Police at 813-974-2628 if you have any information.

Stay tuned for updates on the matter. You can see Sheamus’ tweets below, along with the original from police:

..a lovely fella stole my cross (on camera below). I’d appreciate it if you internet sleuths could track it down & return it via details below.. ringside seats reward when we return to your town & many beers 😎 https://t.co/FtwS4fJqBW pic.twitter.com/Q47dSZMZFA

..if anyone sees this cross, it’s mine, please get in touch pic.twitter.com/QOoVKtvCta

USF Police needs your help in identifying the individual listed in this alert.