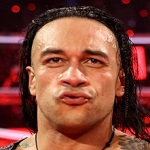 There has been recent talk within WWE that the red brand needs some fresh faces, according to @Wrestlevotes. There’s said to be a feeling that Randy Orton and RAW Tag Team Champion AJ Styles having tag team roles has left the top of the card a bit weak.

One idea discussed is to give Damian Priest a big push. Priest has been feuding with The Miz for several months, but that feud is set to end this Sunday with the Lumberjack Match at WrestleMania Backlash.

Another idea discussed for the RAW brand is to move Aleister Black over from SmackDown for a push. WWE recently started airing vignettes to hype Black’s SmackDown arrival, but there’s no word on when he might return to the ring. Black has not wrestled since he was on the RAW roster back in October, the same night he was drafted to SmackDown.