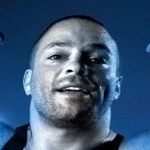 The official trailer has been released for the new WWE Icons documentary on 2021 WWE Hall of Famer Rob Van Dam.

As seen below, the trailer features new interview footage with WWE Hall of Famer Booker T, WWE Chairman & CEO Vince McMahon, Paul Heyman, RVD himself, and family, among others.

“ECW was a little on the crazy side, and that’s his style,” McMahon says in the trailer.

Heyman added, “To ECW fans he was our Bruno Sammartino, he was our Hulk Hogan.”

The trailer also shows RVD commenting on his career.

“All of a sudden I was a Superstar. There’s a lot of things when I look back at my career that I would do differently now, but I don’t live with regret. This is my journey,” RVD said. “I did everything my way, and I had it up at the very top.”

RVD’s episode in the WWE Icons docuseries will premiere this Sunday on Peacock and the WWE Network. After this the first season still has episodes on WWE Hall of Famer “The British Bulldog” Davey Boy Smith and Lex Luger to air.

On a related note, RVD has been announced as a DLC playable character in Virtual Basement’s army man video game, “The Mean Greens – Plastic Warfare.”

You can see the WWE Icons trailer and the Mean Greens trailer below: