Video of Shane McMahon “injury” while training for Fastlane 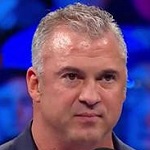 WWE has posted an injury angle with Shane McMahon ahead of tonight’s WWE Fastlane pay-per-view.

It looks like McMahon vs. Braun Strowman will not be happening at tonight’s pay-per-view. As seen below, WWE posted video of Shane suffering an apparent knee injury while training in the ring at Tropicana Field.

WWE originally announced Strowman vs. McMahon on this week’s go-home RAW. The match was then pulled from the WWE website during the week, but advertised again during Friday’s go-home SmackDown show. WWE then pulled the match again over the weekend, but it was announced as being on the card once again during tonight’s Kickoff pre-show. Minutes later WWE posted the injury angle video with McMahon.