Arn Anderson on the biggest mistake WWE made with Curtis Axel 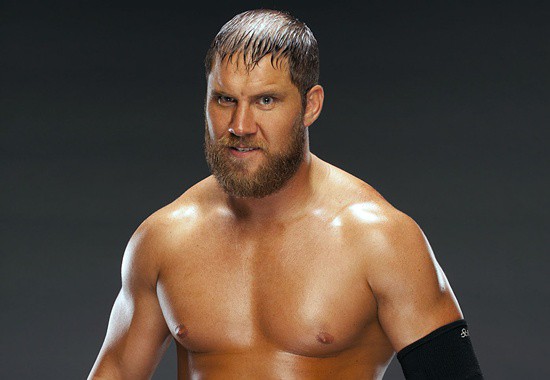 In a recent edition of ARN, Arn Anderson discussed Ryback in WWE, the Styles Clash being considered dangerous, and much more. You can read his comments below.

Arn Anderson on Ryback in WWE: “I always had no issues and a great working relationship with Ryback. There were a lot of things that I would pull him aside and explain to him in advance. My feeling about what they were going to with him – let my say this, there was a point when the ‘Feed Me More’ stuff started and they first started pushing him, it got over pretty good. He was pretty hot at one time. And again, here’s that line – they cut his water off, and I don’t know why. But it was so sudden and such a turn, it makes you wonder that there was a conversation somewhere that I wasn’t privy too. Somewhere he picked up some heat with the wrong guy, and that’s the only thing I can figure happened because the guy was selling merch. He looked like a million dollars, and he was getting over, which is what you want. And he had that Vince look. So, I couldn’t figure out what the negatives were. I never had an issue working with him on matches or anything. He was always very, very easy to work with. If he’s getting himself ready for another run, we’ll see how that goes.”

On WWE banning the Styles Clash and the move being considered dangerous: “I know a lot of guys try to make guys’ finish look even bigger than what it is when it doesn’t need it. I’ll give you an example – Matt Hardy on his Twist of Fate is basically you twist into, the guy lays out, and hits on his stomach. It’s not a dangerous move. But I see guys that try to elevate themselves and make it more of a downward motion than a flat on their stomach motion, which it is intended to do and similar to a Diamond Cutter or RKO. It’s a belly bump, and the audience understands that. When guys try to make it bigger, there’s a risk of getting hurt. That’s one example. I would have to see on the Roderick Strong to know was he pushing too hard to make it a bigger bump? Was it a mistake on AJ? I don’t know because it’s not in front of me. I’m not a fan of anybody getting hurt because of recklessness. I hate recklessness in this business because nine times out of 10, it could’ve been avoided. But I bet you AJ Styles has hit that move a thousand times successfully.”

On the biggest mistake WWE made with Curtis Axel: “That kid can work. Under any circumstances, he can work. Now, what sounds bigger to you – Joe Hennig or Curtis Axel? That’s the problem. In second-generation wrestlers, when you have a dad or a grandad and they have all achieved great things in this business, why not build on that? Day one, walking out the gate, this is Joe Hennig, son of Mr. Perfect. That’s who he is day one. You don’t try to tell them he’s somebody else with a different name and that whole flimsy excuse of, ‘Well he’s never gonna be as good as his dad, so it’s gonna hurt him.’ Bullshit. It’s like if my dad was John Wayne and I’m walking in a cowboy movie, I’m immediately gonna get some interest. I think that was one of the mistakes because the guy had talent…..when you have new talent, you have to bring them in and introduce them like stars. If the company doesn’t look at them like they’re a star, the audience isn’t gonna look at them like they’re a star. I think that’s the biggest mistake that was made with Joe.”