Notes on After The Bell, WrestleMania 37 and Razor Ramon

– WWE Hall of Famer Edge will make his second appearance on WWE’s After The Bell podcast tomorrow. Edge will discuss his career, the Royal Rumble win, WrestleMania 37, and more. Host Corey Graves will be joined by “friend of the show” Vic Joseph for the interview. This will be Edge’s second After The Bell appearance as his first came in April 2020.

– The latest Signature Series Championship Replica from WWE Shop pays tribute to Razor Ramon, the gimmick made famous by WWE Hall of Famer Scott Hall. The $499.99 replica is based on the classic 1990s Intercontinental Title and comes with a velvet carrying bag with Razor’s logo.

The strap is made from polyurethane and the plate is zinc alloy. The largest waist size is 44 inches. The belt also includes a toothpick pocket, but toothpicks are not included.

You can see the item below:

Say hello to a title that's 𝙊𝙤𝙯𝙞𝙣𝙜 𝙈𝙖𝙘𝙝𝙞𝙨𝙢𝙤! @WWEShop is celebrating the legacy of #RazorRamon with a new Signature Series Title that's a must-have for every fan of The Bad Guy.https://t.co/dWDyg9cd7N pic.twitter.com/JajP0QDpTy 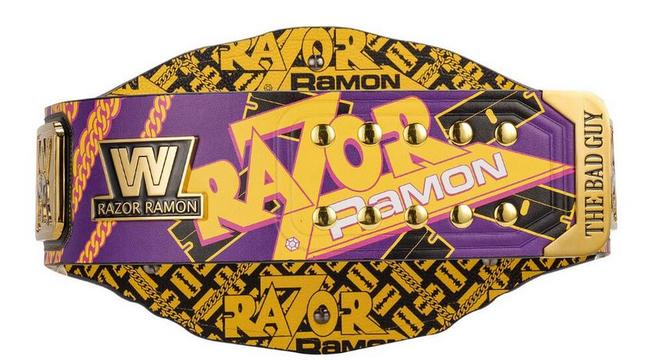