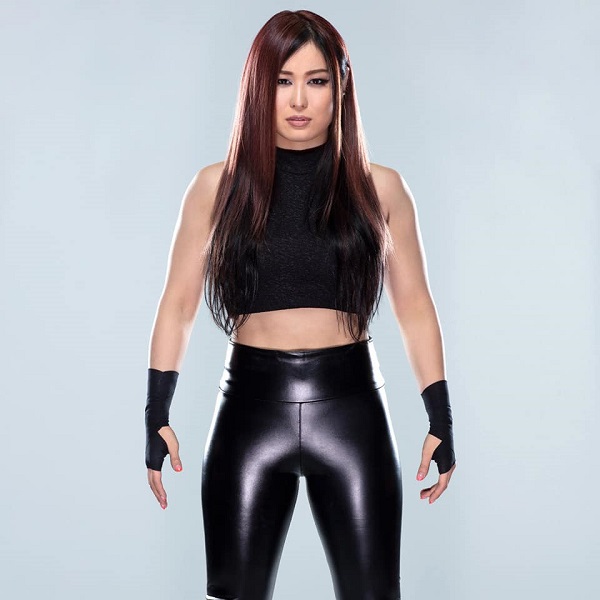 The first match has been revealed for the upcoming WWE NXT Takeover special on Valentine’s Day – Sunday, February 14.

Storm and Shirai had been feuding for a few weeks until Martinez recently returned and attacked Shirai, taking her off TV for a few weeks. Shirai returned earlier this month, interfering to cost Storm and Martinez a first round Dusty Rhodes Tag Team Classic match against Kayden Carter and Kacy Catanzaro. Last night’s NXT show featured Shirai interrupting Storm’s in-ring promo about how she was coming for the title. A brawl broke out and Shirai got the upperhand until Martinez attacked her from behind. This led to all three competitors brawling until the segment ended with Storm standing tall with Shirai’s title in the air.

The Triple Threat at Takeover was first revealed by ComicBook.com, and confirmed by WWE. Storm spoke with the website and called this the biggest match of her life so far.

“Yeah. I mean, I can’t say I’m thrilled that Mercedes has managed to get herself in the way of my title opportunity, but I’m going in there with a game plan,” Storm said. “I’m not going to let her ruin this massive opportunity for me, the biggest match of my life so far. And yeah, she will not be standing in my way.”

Storm also commented on her journey to this match, which has included a Mae Young Classic win, and a run as the second NXT UK Women’s Champion.

“Yeah, it’s been quite a journey. Obviously, I moved here not so long ago, and my intention from the very get-go was to get my hands on Io and take away the NXT Women’s Championship, but it’s been very challenging,” Storm said. “Obviously, I did all I could in the UK to the point where it was time for a new fresh start, but it was a huge adjustment for me, and it’s made me grow up a lot as a person. And now, I’m headed into, as I said, the biggest match of my life, and the pressure is on my shoulders a lot, because I know how big this is. But, at the same time, I’m confident and I’m definitely ready.”

Stay tuned for more on the Valentine’s Day Takeover event.