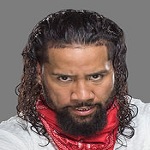 Jey Uso has declared his spot for the WWE Royal Rumble.

Uso took the mic before tonight’s WWE SmackDown opener against Shinsuke Nakamura and announced that he will be in the upcoming Men’s Royal Rumble Match.

It’s interesting to note that Uso said he and WWE Universal Champion Roman Reigns aren’t satisfied with just running SmackDown, so he plans on winning The Rumble and going on to WrestleMania 37 to challenge either WWE Champion Drew McIntyre or WWE Hall of Famer Bill Goldberg for the title. Goldberg is set to challenge McIntyre for the WWE Title at the Rumble pay-per-view.

The 2021 Royal Rumble pay-per-view will take place on January 31 from Tropicana Field in St. Petersburg, FL. Below is the current card: