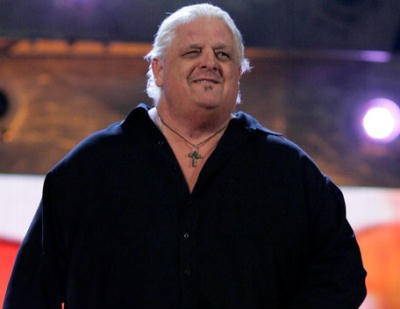 It was announced on tonight’s final NXT of 2020 that The Dusty Classic will return in two weeks on the January 13 episode.

The first team announced for the tournament is The Undisputed Era, which will be represented by Adam Cole and Roderick Strong.

WWE will be announcing the rest of the teams and the tournament brackets during next Wednesday’s NXT New Year’s Evil episode.

Named for the late WWE Hall of Famer Dusty Rhodes, the inaugural Dusty Classic was held in 2015 with Samoa Joe and current NXT Champion Finn Balor winning. The Authors of Pain won in 2016, The Undisputed Era (Adam Cole, Kyle O’Reilly) won in 2018, Ricochet and Aleister Black won in 2019, and the 2020 tournament was won by The BroserWeights (Riddle and Pete Dunne). The first two Dusty Classic tournaments featured 16 tag teams, while the rest have had 8 tag teams.

Stay tuned for more on the 2021 Dusty Classic. Below is WWE’s full announcement:

The Dusty Rhodes Tag Team Classic is back!

As announced on Wednesday’s NXT, the 2021 edition of the tournament honoring the late WWE Hall of Famer and one of the pioneers behind NXT’s success, will commence in two weeks on NXT. The winners earn an NXT Tag Team Championship opportunity.

Adam Cole & Roderick Strong already declared their intention to compete on behalf of The Undisputed ERA. Brackets and the remaining competitors will be revealed next week on NXT New Year’s Evil.

Who will raise The Dusty Cup this time around? Find out by tuning in to NXT on Wednesdays at 8/7 C on USA Network!