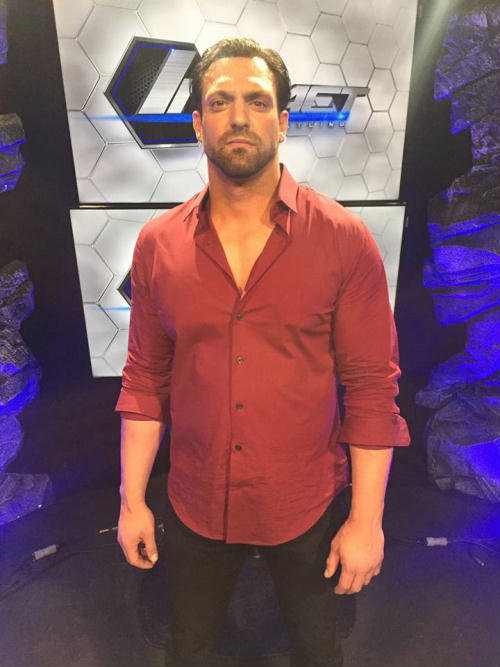 That was that machine, and again, only so much I can do. What I didn’t like was how some of the people in between the top of the mountain and the talent would treat talent, and they would absolutely talk down to them. It literally was high school with grown men that were supposed to be in positions of authority, and this doesn’t go with everybody.

There’s some very good people there. Mike Rotunda, Road Dogg, Dean Malenko, Arn Anderson, Jamie Noble and Fit Finlay, all of those people, I’ll tell you what, great human beings. I really think the world of all of them. There were people between the office and the agents, they were, to me, some of the most insecure people I’d ever met. They’re your friends when the boss likes you, but then if the boss sours on you, I don’t want to say they’re not men, but to me, they’re just not very stand-up people.

And I don’t respect that, and this is nothing that I wouldn’t say to their face. And I have at some point, which maybe is why I’m not there anymore, or maybe I didn’t get more than I got because I was always very honest in a respectful way, but you stand by what you say, and that that doesn’t happen a lot.

On his approach to booking Championship Wrestling From Hollywood:

So to me, if I was going to take this position, and what I said to myself was, I am not going to be that guy. I’m going to treat everyone with respect whether they are great in the ring or not. If they want to get an attitude or do things that are not going to be conducive to making a good show, then OK, I just simply won’t use them, but I’ll say that to their face.

But that has not been the case with anyone. I’ve only been at this for a couple months, but 100% of the people that I’ve dealt with in both Primetime Live and Championship Hollywood have been amazing. They’ve been absolutely amazing, and this goes from the announcers to talent to the camera people.

And I also make sure camera people, lighting people [and] sound people, I’m always going out of my way to make sure they’re happy because if they ain’t happy, then we ain’t gonna have a good show. I try to relay that to the talent too. Be cool with everyone if you want to get a good camera shot be cool with the camera person, it’s a team effort.

On the logic behind his failed WWE Money In The Bank cash-in:

Yeah, I wasn’t wasn’t happy about it, but I talked to a very high-ranking official, not Vince, but in the family. And pretty much, ‘look, we’re going up against Monday Night Football and the World Series. We need this. You have three segments.’ OK, so I knew what I had to do. In the long term, I was frustrated, but in the immediate, I had to worry about going on TV and get the ratings up, and we did.

Point-blank, we did, and to me, it was past that what they did because you come back, everyone’s hugging you, saying what a great job you did and then two weeks later, there’s nothing for you. That was just like, ‘OK, whatever.’ So yeah, I was a little bit upset about it, but then you’re dressing up as someone new every week.

On trying to create a healthy creative environment at Championship Wrestling From Hollywood:

Sometimes, it is what it is, but in my position, if I can not be that guy and if I can help talent at this level not have to go through that and the thing is, I never got a reason why. So to me, I’d like to tell talent, ‘look, for right now, booking, here’s where we are for the next two months. There’s not a spot I can use for you that will make you and highlight you to the best of your ability. Can we do something like this which keeps you on TV, keeps you relevant and then we bring you up.’ So to me, you have your main angle, I’m going to use that because booker’s can talk like that, I guess.

You have your main angle, and then you always have a strong mid-card, a very strong mid-card. If you can have your main storyline but then two to three other very good storylines going on, that makes for number one, a compelling show, and number two, it gives talent more opportunity to shine because when we sit there and we write the show, some people are like, ‘I just don’t know what to do. I just don’t know what to do.’ With us, it’s like, no, an hour’s not enough time. We’re trying to fit people in because we have so many stories to tell, and that’s a great great thing.

And now, I guess more people want to work for us and everything. So it’s like OK, great, a surplus of talent. That’s amazing. So I just try to be as straight with them as I can and let them know OK, for right now, there’s nothing, but next month, month after [or] whatever, let’s do it.”