Did Hulk Hogan Encourage Eric Bischoff to Hire Ultimate Warrior Just to Get His Win Back? 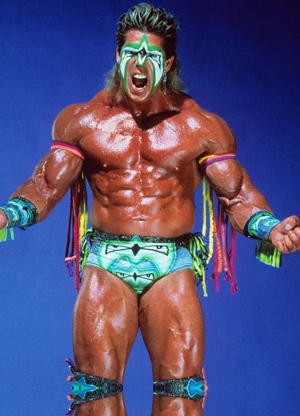 Many Hulk Hogan haters have suggested Hulk Hogan had WCW hire the Ultimate Warrior to erase the biggest blemish on his record, losing to Warrior at WrestleMania 6. Somehow, in 8 years, the magic was gone between the two. And, what went down as a fantastic match in 1990 was perhaps the worst match of both men’s careers in 1998. Eric Bischoff discusses this and other topics below transcribed from his 83 Weeks podcast.

On the conspiracy theory that Hulk Hogan pushed for WCW to bring in Warrior so he could avoid having to work against Bret Hart: “It was Hulk who came to me first, but I think the narrative about Hulk reaching out and convincing me to bring in Warrior so Hogan didn’t have to work with Bret, I mean look, the people who live in that world that believe that, that want to be on the ‘I Hate Hogan’ team so much that they’ll believe any kind of nonsense that fits that narrative, look, all Hogan would have had to have said with regard to Bret is, ‘No, I don’t want to work with him.’ That’s it. It wouldn’t require that Hulk do a duck and weave or a bob and weave move to bring in Ultimate Warrior to avoid me pressuring him to work with Bret. All Hulk would have had to say was, ‘Nah, not feeling it, brother.’ And that would have been the end of it. He wouldn’t have had to bring in another head case, not another, sorry Bret. Well. Ehem. He wouldn’t have had to bring in someone as challenging as Warrior, and with the reputation of Warrior, simply to put off or avoid altogether having to work with Bret Hart. That’s silly.”

On how much Warrior was paid in WCW: “I’m guessing, $250,000 a pop, maybe a little more, but it would have been under $500,000, and at that rate, and that’s a lot of money, I get it, we throw these numbers around sometimes like, ‘Eh, it was only a quarter of a million dollars to show up at a PPV.’ That’s a huge amount of money, but keep in mind, PPVs, the profit margin on PPVs were really high.”