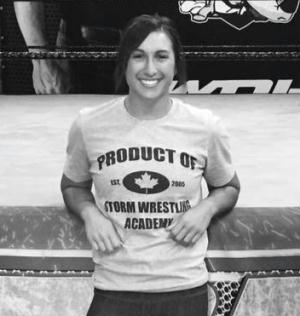 Oh y’all forgot about me?

Next week is the first step in reproving myself. Proving that just because I was hidden away in a warehouse for a hot minute doesn’t mean I’ve lost what I had before.

I can’t wait to earn back your support and trust. Let’s start the next chapter 💜 pic.twitter.com/237Pd47UTa

It was announced today that Ellering will go up against Penelope Ford in singles action on Tuesday’s AEW Dark episode.

Ellering, the daughter of WWE Hall of Famer Paul Ellering, started working NXT matches as an enhancement talent back in 2016. She then worked the Mae Young Classic in 2016 and 2017, before being signed to a WWE deal in January 2019. Ellering suffered a torn ACL in late July 2019, and was on the shelf for a year. She was released by WWE back in May due to the negative impact of COVID-19.

Ellering, who also used the name Rachel Evers in WWE, joins Tino Sabbatelli, Taynara Conti and MJ Jenkins as recently-released NXT Superstars who have been used in AEW matches as of late.

AEW Dark airs every Tuesday night at 7pm ET via the AEW YouTube channel. Below is the full line-up for next week’s show, along with a promo

* SCU vs. The Butcher and The Blade

* The Natural Nightmares vs. The Hybrid 2

* Billy and Austin Gunn vs. Shawn Dean and M’Badu