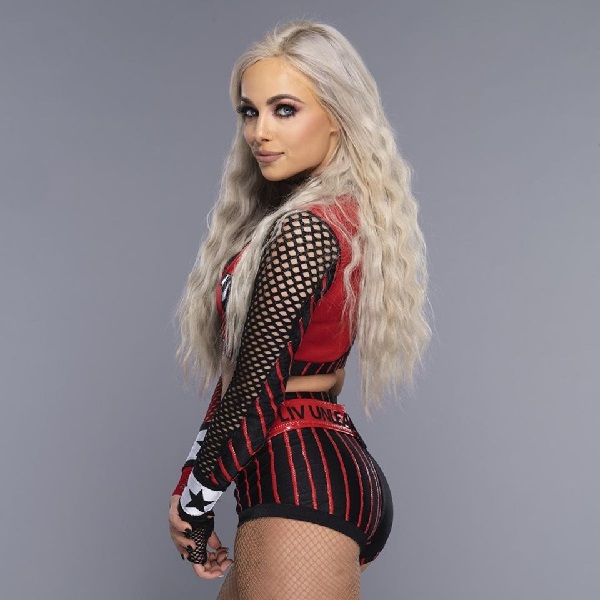 Liv was asked about preparing for a unique match like the Elimination Chamber.

“I don’t think you do,” she answered. “I don’t think you do. How do you prepare? Do you throw yourself at fences? Steel link fences? There is no vibration. It’s just, go in there with the mindset that you know you’re going to get hurt, so how much are you willing to withstand to be the last one standing? To go onto WrestleMania to have the opportunity to compete with Becky Lynch for the Raw Women’s Championship. So I think it’s just the preparation of, ‘How much am I willing to go through?” And for me personally, I’d go through it all.’”

Morgan was also asked about her current character refresh, and if this was a concept she came up with, or a collaboration. The former Riott Squad member said it was time for her character to evolve.

“I just think it was time for the character to evolve,” she said. “As much as I loved having pink hair and a blue tongue, you need to grow up at some point. So I think it was just time for Liv to grow up. So I had a nine-month hiatus of self-discovery and hair dye. I’m just trying to find my footing and my place as a woman in the world and in this business. And it’s different for me, and you guys are seeing the growth live on TV. What it is now may not be how it is in a couple months. But I’m just trying to grow, and I’m not fully there yet.”

Morgan recently returned to WWE TV for an angle with Lana, which didn’t last too long. She was asked about her reaction when she first learned that the Lana angle was how she would be reintroduced on WWE TV.

“I was like, ‘It’s crazy enough, I’ll do it.’ I was excited. I was excited, there’s nothing like that that’s ever been done,” Liv said. “In the company before, Lana and Lashley, they were taking up a very large portion of the screen time on Raw. So, for me, being off of TV for nine months to, now you’re in the main-event picture, in the main-event spotlight, I was like, ‘Okay, cool. I’m ready for it. Thank you for the opportunity.’”