The Dark Order’s Exalted One remains a mystery…for now 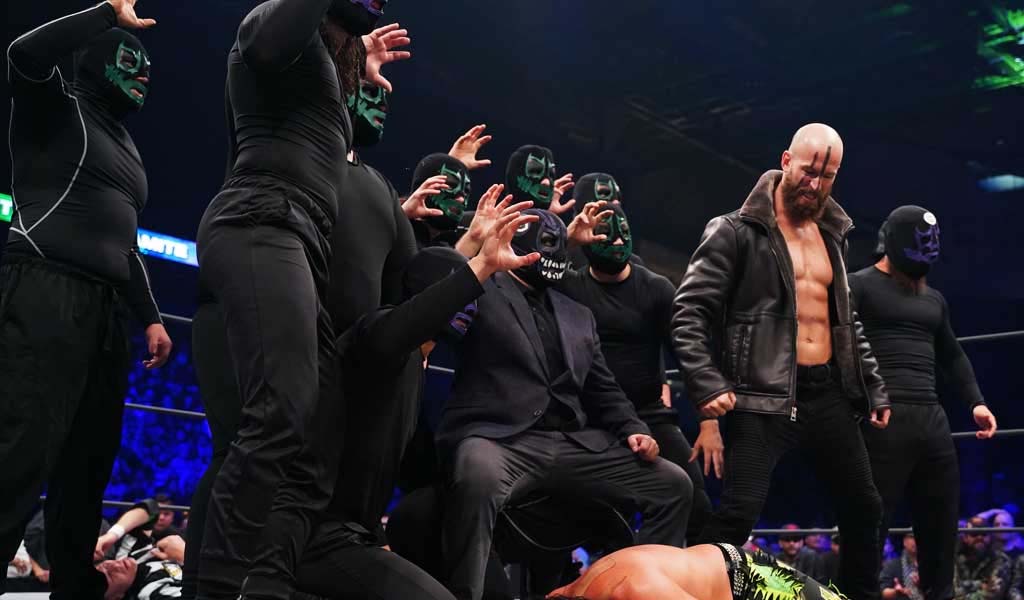 The Dark Order’s Exalted One remains a mystery, at least for now.

After rampant speculations and an appearance by The Young Bucks on Matt Hardy’s final episode of Free The Delete, Dynamite came and gone without any appearance from the mystery leader of The Dark Order.

“Bucks of Youth, I knew you’d come,” Hardy says as the brothers step out of their SUV as they pulled in front of the Hardy compound in Cameron, North Carolina. There have been several hints throughout Free The Delete and even on Being The Elite that Hardy and the Bucks were in communication, with the payoff being in episode 10 released yesterday at Noon.

Matt is now a free agent and up until yesterday, several insiders reported that he still has not signed an AEW contract. His appearance on last night’s Dynamite was wildly expected but fizzled a little bit after The Dark Order’s eight-man tag team match was the second segment on the show. The Dark Order lost the match and Evil Uno then cut a promo afterward saying that The Exalted One will be furious.

During Dynamite, Matt Hardy tweeted that his Free The Delete episode was currently the #2 trending video on YouTube worldwide. “The CHAOS is only beginning,” Hardy wrote.