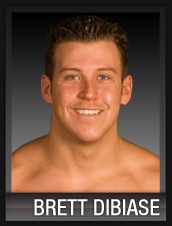 Former WWE wrestler Brett DiBiase has just been arrested in an embezzlement scandal where millions of taxpayer dollars in the state of Mississippi were misappropriated. In particular DiBiase, son of “Million Dollar Man” Ted DiBiase, was paid to teach drug awareness classes out of a welfare fund, but instead went to a “luxury” opioid rehab clinic and never taught a single class. His stint in WWE lasted from 2008-11 until knee injuries ended his career and probably contributed to his unfortunate addiction.