The Bella Twins are pregnant 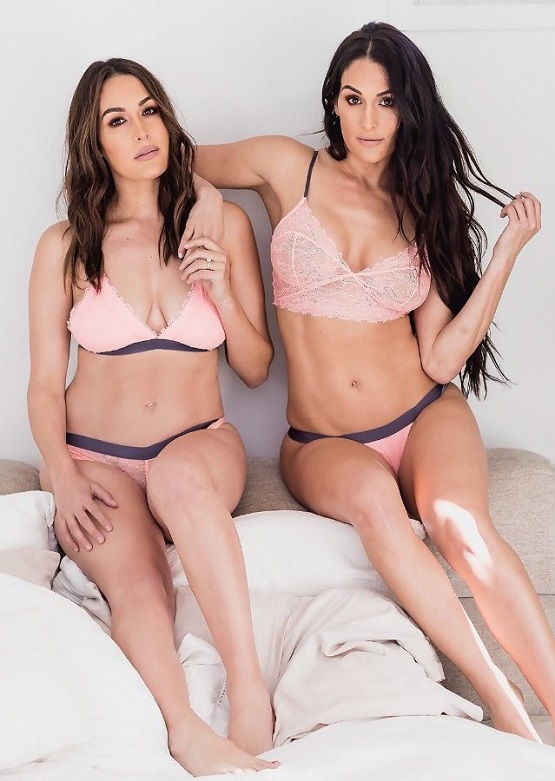 PEOPLE.COM is reporting that both Nikki and Brie Bella are pregnant and they’re due only a week and a half apart. This will be Nikki’s first child and Brie’s second.

Nikki’s desire to have a baby is well known and it was the major reason why she and WWE Superstar John Cena split up after Cena changed his mind several times about having a kid. Meanwhile, Brie said that she and husband Daniel Bryan have been trying for seven or eight months but were unsuccessful.

“I felt in my heart it was a sign from God, like, ‘You guys are good with one,’ so we stopped trying,” says Brie. “When we were in France meeting Artem’s family, I felt a little off. I was irritated and uncomfortable in my body. When we got home, I took a test two days before Thanksgiving, and when I saw the positive sign, I was like, ‘Oh, sh#t’“

Nikki said she and her partner Artem weren’t really trying but had a feeling she got pregnant. “I was in yoga, and I kept getting this feeling that you need to take a pregnancy test, but I wasn’t even late yet,” says Nikki. “And so I’m like, ‘Why do I keep having this feeling? Am I getting twin vibes from her? Because she just told me she’s pregnant?’“

Congratulations to the twins!

Nikki & Brie revealed to @people that they are BOTH pregnant! https://t.co/c7iCdBlQSn