Nick Aldis Says He Turned Down an AEW Contract 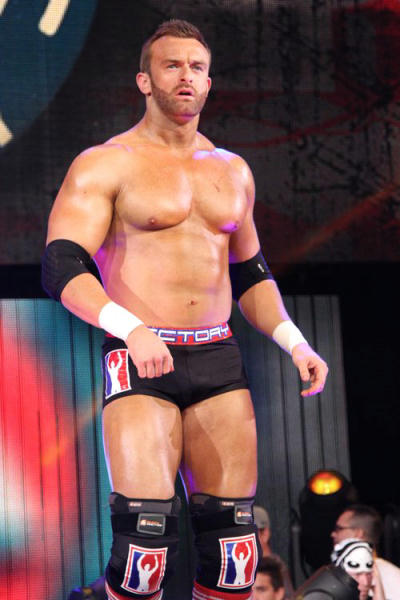 Sports Illustrated recently interviewed NWA Worlds champion Nick Aldis. During the interview, Aldis revealed he was offered an AEW contract, but turned it down to stay with the National Wrestling Alliance. Below are some highlights.

Nick Aldis on the NWA: “The NWA has proven that people wanted to take this world championship seriously again. The credibility was given to me by all the men who held the title before I did, and I represent the qualities and attributes that people identify with as world champion.”

Aldis on working with AEW: “Working with AEW is brought up to me almost daily. The NWA is open to working with anyone. There are a number of wrestlers outside the WWE that are viewed as elite-level guys, so it’s only a matter of time before the audience starts demanding the main-event matches they want to see. We want to give the fans the matches they want to see, these super fights. If AEW wants to be involved in big, marquee matches, then they have two choices: go out and write some more big checks to some more guys, or they’re going to have to come to the table and work out some super fights with the NWA.”

Aldis on wanting to create meaningful moments: “I want to keep having really meaningful moments, like All In with Cody and me, as well as some of our other milestone matches. I’ve been able to make my matches feel like the most important thing that day. We’re building anticipation to a big showdown against Flip, which has been lost in our business. Everything I do speaks to that philosophy.”

Aldis on Flip Gordon: “We’re both so much better than we were two years ago, and that first one was great. This one should be even greater. My favorite match from my career is the one against Marty from the Crockett Cup last year, and now I think we can do so much better. It’s no different with Flip. We had a great underdog story two years ago in Nashville, but Flip was presented very much as an underling to Cody and the Bucks, portrayed as their kid brother trying to prove himself. He’s a lot different now.”

“Flip has reached another level, and I’ve changed, too. I was the cagey champion, not really a heel or a babyface, but more along the lines of a Dory Funk or a Lou Thesz. I was respected rather than loved or hated, but now I’m the guy they love to hate.”