Lacey Evans: “I had a very rough upbringing, a lot of drug addiction, depression” 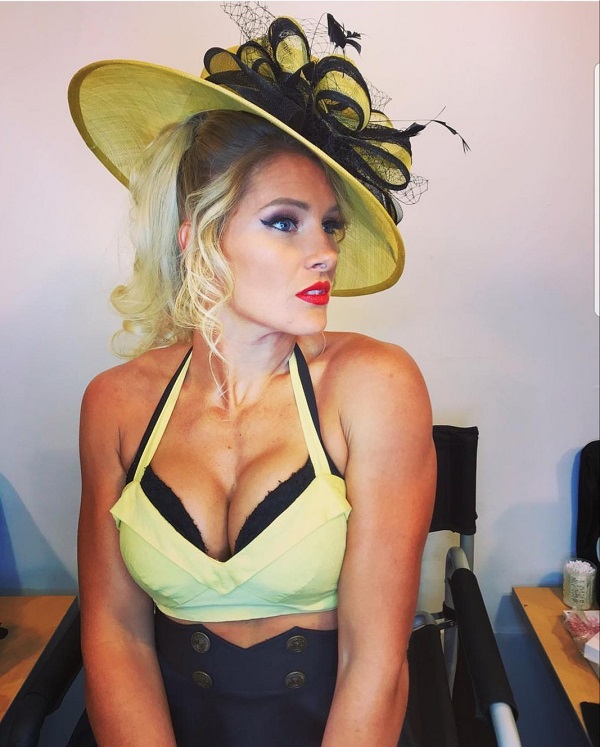 Lacey Evans has revealed an interesting part about her life while appearing in a video on Xavier Wood’s UpUpDownDown YouTube channel.

Evans shared her life story and revealed what she wants the world to know in the interview. Evans said that she came from a very rough upbringing but she got out of her bad times and made it through, and that’s what she wants people to know.

“I had a very rough upbringing, a lot of drug addiction, depression and that’s all I knew. So I joined the military, when the WWE contacted me I sat back and thought about it and how my life could change and the impact that I can make knowing where I came from – I have to do it.”

Evans told Woods that she wants to spread the message of not giving up. She had a rough upbringing but she didn’t just sit and accept her situation. Evans tried to make the most of whatever opportunity she was given and that’s how she was able to get out of the bad spot from her life.

“There’s a lot of people hurting and are going through things that they don’t wanna talk about and they just sit there and accept the lifestyle that they feel they’re stuck in. And I know what that feels like, and it’s the furthest from the truth. That is not the life you have to live. Just because that’s the card you were dealt does not mean that’s the deck you have to play with. Because life is short and you’re capable of anything and I am a prime example. “

Lacey stated that she never thought she would be famous or would be a public figure. Her mission is to take full advantage of this and help people who are suffering. She also revealed that she lives in a camper trailer and sleeps in her car.

“We have stories that people need to hear and know that life is not as bad as they feel like it is. It’s not. You don’t have to be famous like me to freaking realize that. Because, to be honest with you I sleep in my car on the road loops, and I still live in a camper trailer. That’s my life. Don’t get it twisted. You see these big hats and these pearls and whatever and life is great but I remember where I come from. I’m a normal human being and I’ve been through hell just like the rest of the world out there, just like the babies that are suffering. If I can make it, so can they.”