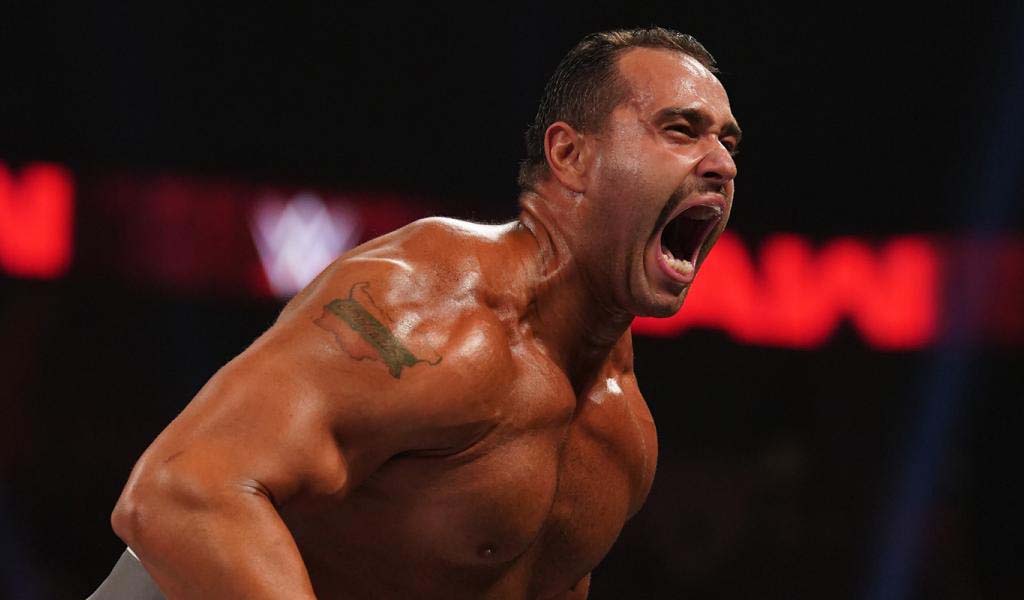 WWE had its second return in a week as Rusev made an appearance on Monday Night Raw, his first one since the Super ShowDown pay-per-view in Saudi Arabia back in June.

Rusev had been out of action from WWE since mid-May and after his one-night appearance in Saudi, he once again went on sabbatical along with his wife Lana, who also hasn’t been on WWE television for several months.

Rusev, sporting a new look, was revealed as the father of Maria Kanellis’ baby boy. He quickly defeated Mike Kanellis in his first match back. Earlier, Maria named Ricochet as the father of the baby during the gender reveal party hosted by The Street Profits. Mike slapped Ricochet and challenged him to a match, a match which Ricochet won in a very quick manner. Maria then came out and said that she named Ricochet only to rile up her husband before revealing Rusev as the father.