Kayla Braxton Says She Initially Said No to WWE 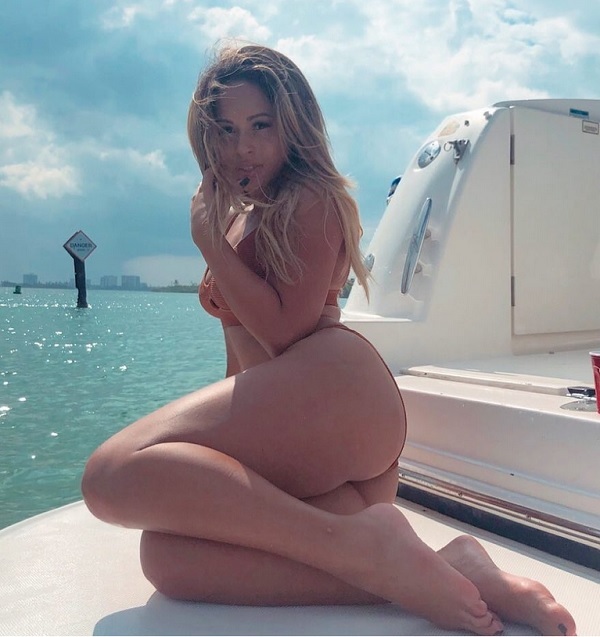 WWE backstage interviewer Kayla Braxton spoke with Lilian Garcia on Chasing Glory about how being abused as a child led to her initially turning down an offer from WWE. Braxton discussed her difficult life growing up on the podcast, saying that her mother was with several abusive men who were verbally and physically abusive to her and her sisters.

Braxton, who spent time in foster care when her mother was in prison, told Garcia that one of the reasons she initially turned down an overture from WWE was that the company was a trigger for her due to the fact that many of the abusive boyfriends of her mother would watch WWE programming. She eventually decided to join the company and said that WWE has been a healing place with her in a lot of ways.

Highlights from the discussion, as well as the full podcast, are below:

On almost saying no to the company: “What’s funny, and I’ll share this — one of the reasons I said no to WWE, and I don’t think many people know this, is a trigger. So those men, the abusive men [from her childhood], when I came home and they’re watching TV ready to hit us or do whatever, they’re watching WWE. So I got called, I was like, [groans]. Because I never watched it. Before I was hired here, I never turned it on. Because that triggered me. And then, I remember going through the process in my mind, like, ‘Am I gonna do it? Am I gonna do this? Is it gonna trigger me?’”

On what made her decide to join the company: “I was thinking, ‘You know how cool it would be when these deadbeats who are still deadbeats watching TV and who said all those means things to me, I pop up on their TV screen?’ ‘Please welcome my guest at this time…’ [laughs] And I know they are. Like, I know my mom reached out when I first got hired and said she ran into one of the old guys and they had mentioned, ‘Oh, I hear Kayla’s working for WWE.’ I’m like, ‘Good, I’m glad they know.’ Like no, they are never welcome to a show, or I’m never getting them tickets to a show. But I’m glad they know that I made it despite what they said and did to me. And not only did I make it, I’m in their faces every week, basically flipping them off with my microphone.”

On that being the best revenge for her: “It is! And that is it, and that’s — I feel like, fulfilled in that way. I think I’ve been able to heal. This place has allowed me to heal a lot. And again, it’s a personal reason a lot of people do not know, but I’ve healed a lot here and grown so much as a person in the last three years. I feel I’ve matured like way more than I would have if I hadn’t come here. Because not only am I improving on my skillset as a journalist and a host, and a TV personality, I know personally I have grown immensely.”