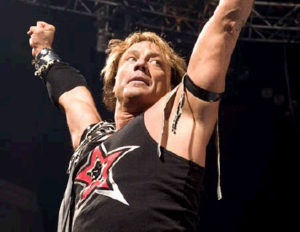 In a Facebook post at 1:37 p.m. EDT today, former WWF and AWA World Tag Team Champion Marty Jannetty announced that his sister Diane is currently hospitalized in an Intensive Care Unit.  In order to be with his sister, Jannetty will not be in attendance at tonight’s Florence Freedom ‘Wrestling Night.’

Statement from the Florence Freedom:

“The Freedom have just learned that Marty Jannetty will be unable to appear at the Freedom game due to a medical emergency surrounding his sister Diane. While this news is completely out of our control, we will be offering every attendee that purchased an autograph or meet ‘n greet package in advance of game day an additional autograph voucher, enabling them to get two items signed by Jim Ross, Jim Cornette, Billy Gunn, and Brian Pillman, Jr.”

The Florence Freedom are part of the independent Frontier League and play at UC Health Stadium in Florence, KY, about 10 miles south of Cincinnati, Ohio.