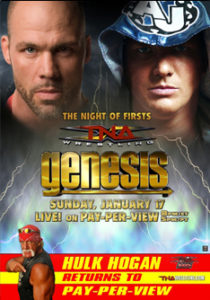 1986 – Ron Bass defeats Black Bart, to win the vacant NWA (Mid-Atlantic) Brass Knuckles Championship.  Bass is the last to hold this title until it is deactivated the day after Christmas of ’86.

1987 – This evening’s episode of Superstars marks the WWF debut of Demolition (Ax & Smash).

1992 – At a house show in Springfield, Massachusetts, The Mountie defeats Bret Hart, to win the WWF Intercontinental Championship.  The Mountie would only hold the title for two days, before losing it to ‘Rowdy’ Roddy Piper, at the 1992 Royal Rumble pay-per-view.

2000 – Four WCW stars quit the promotion on this day – Perry Saturn, Dean Malenko, Eddie Guerrero, and Chris Benoit.  Benoit had actually just won the WCW World Heavyweight Championship the night before at the Souled Out pay-per-view.  This had been arranged by head booker Kevin Sullivan, in an effort to keep Benoit from quitting WCW.  This was to no avail, as Benoit had been having disagreements with WCW management, and had protested Sullivan being promoted to head booker, replacing the team of Vince Russo & Ed Ferrara.

It was explained on Monday Nitro that the World Heavyweight Championship had been stripped from Benoit, due to Sid Vicious, Benoit’s opponent, having his foot underneath the ropes while Benoit had him in a submission hold at Souled Out.  Benoit’s title win was never recognized in WCW’s title lineage, but IS recognized by WWE.  As for another WCW title, the new WCW Commissioner, Kevin Nash, awards the vacant United States Championship back to Jeff Jarrett, who had to vacate the title before Souled Out, due to lingering headaches.

2000 – Over on RAW on the same night, Test defeats The Big Boss Man, to win the WWF Hardcore Championship. RAW (6.0 TV rating) beats Nitro (3.0) in the Monday Night Wars ratings.

2001 – On Thunder, Meng defeats Bam Bam Bigelow, to retain the WCW Hardcore Championship. This is Meng’s final appearance on WCW television. He would leave the company a few days later.