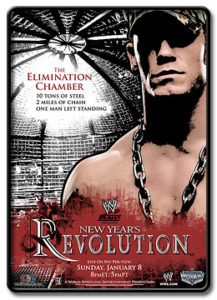 1998 – Cashing in on the popularity of Monday Nitro, WCW debuts a new program, Thunder.  This new program would be taped on Tuesdays and air Thursdays on TBS.  In the series premiere, Juventud Guerrera defeats Ultimo Dragon, to win the WCW Cruiserweight Championship.  And Sting is stripped of the World Heavyweight Championship, due to the controversy surrounding the finish of his title match at Starrcade on 12/28/97 (guest referee Bret Hart re-starting that match, after Nick Patrick made a fast-count that would’ve made Hollywood Hogan the winner).