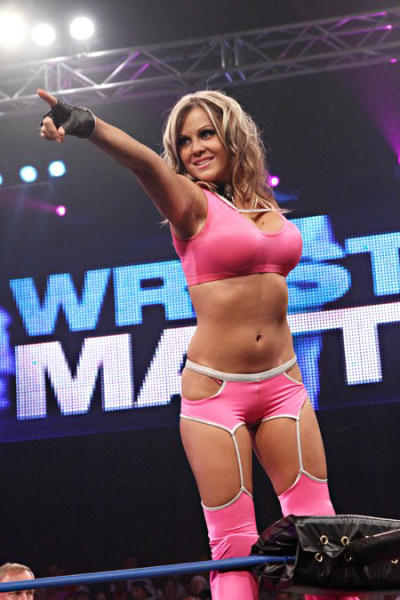 Velvet Sky Explains Why WWE Never Signed Her, Talks Being Retired and More

Velvet Sky spoke with the Press Slam Podcast along with Angelina Love about why they never signed with WWE, Velvet being retired from the ring and more.

Highlights are below per Wrestling Inc:

On being retired from the ring:

“I am retired from in-ring action, but that doesn’t mean that there’s not a non-wrestling role for me in The Beautiful People out there still. Slammiversary was really, really good… the talent killed it. And I feel like a Ring of Honor, Impact [Wrestling], this is just my opinion, like Ring of Honor or Impact Wrestling type of company is more of my personal flavor than WWE. WWE, it’s just not the same love that I once had of the company. So, I feel like an Impact Wrestling, Ring Of Honor type of role would be more of my personal style or flavor. That’s just me.”

On why she never signed with WWE:

On WWE’s versions of the Beautiful People:

“Back when we were still in TNA, it was LayCool, and now it’s the IIconics. It’s the same kind of mean, ‘I’m better than you’, the whispering, the pointing, the laughing, the humiliating. I mean, especially in the middle of our Beautiful People peak is when they created LayCool. They were kinda doing the similar antics, the humiliating the girls, the heel role. I mean, it’s very flattering, I must say it’s flattering that what we have is such high demand that they tried to take the ball and gave it to the girls that are there now.”