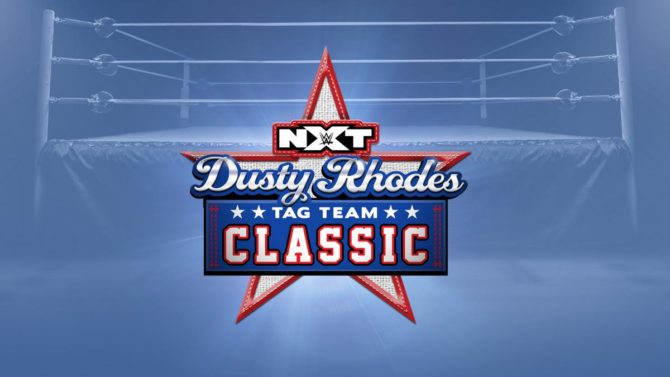 The 2016 Dusty Rhodes Tag Team Classic Tournament begins on this Wednesday’s (10/5/16) edition of NXT. There will be 16 teams in this years tournament, and WWE has confirmed 12 of those teams. Those teams are… No Way Jose and Rich Swann The Authors of Pain (Akam and Rezar) The soon-to-debut team of Sanity has also been confirmed for the tournament, but WWE.com has yet to post about Sanity. With 13 of the 16 teams confirmed, it will be interesting to see who the other three teams will be.

The First Round of the 2016 Dusty Rhodes Tag Team Classic kicks off this Wednesday on NXT with four First Round Tournament matches, so be sure to join us here on gerweck.net as we provide coverage of the show!