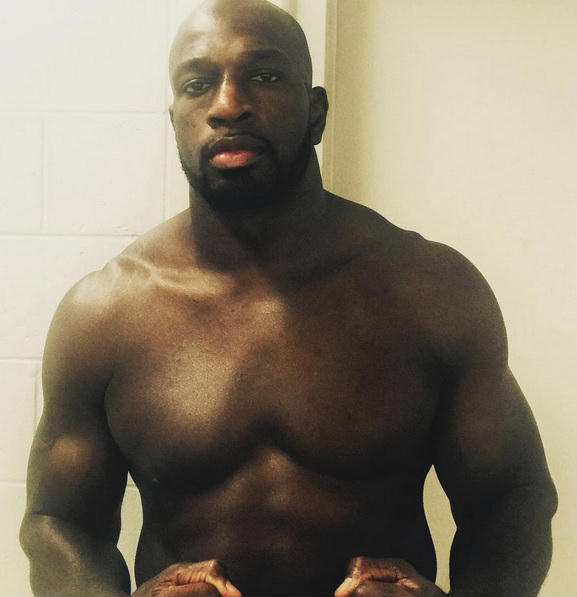 – Titus O’Neil’s WWE suspension for unprofessional conduct ends on April 10th, next Sunday, so it’s possible that he returns at next week’s RAW in Los Angeles or SmackDown in San Diego.

On a related note, WWE and the USA Network are running a new contest with Titus and his family, as seen below:

WWE WANTS TO SEND YOU ON A TRIP TO UNIVERSAL ORLANDO® RESORT WITH WWE SUPERSTAR TITUS O’NEIL AND HIS FAMILY!

You could win a trip to Universal Orlando® Resort, home of the world’s two most jaw-dropping theme parks, where you’ll attend the VIP Preview of the new ride Skull Island: Rein of Kong with WWE Superstar Titus O’Neil and his family. You can also explore more of Harry Potter’s world than ever before at The Wizarding World of Harry Potter™, swing high above the streets on The Amazing Adventures of Spider-Man® and prepare for battle on Transformers: The Ride-3D. Plus, you’ll stay in the heart of the excitement at Universal’s Cabana Bay Beach Resort and enjoy the best in restaurants, live music, movies, shopping and more at Universal CityWalk®. It’s a universe of action, thrills, and excitement for every member of the family. Vacation Like You Mean It® at Universal Orlando® Resort.

You could win a 3-night trip for four to experience it all for yourself, including:

For more information on Universal Orlando Resort and for great deals on vacation packages, visitwww.universalorlando.com.