Who is the Greatest female wrestler? 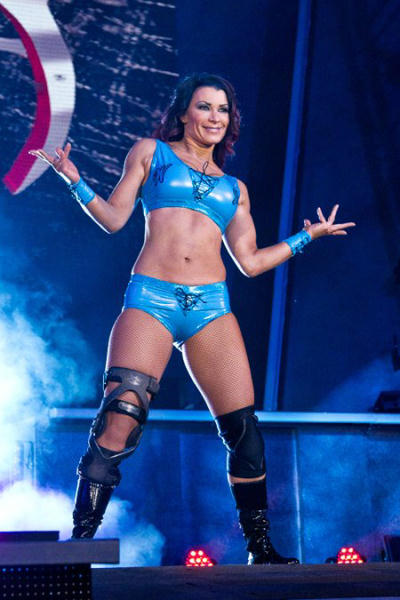 On Sunday, the sixth annual March Madness tournament – The Greatest Female Wrestler – will kick off. You still have time to enter our give away content. I reached out to the wrestling community, wrestlers, journalists, etc. for their thoughts and opinions on whom is the greatest female wrestler of all time. Voting starts on Sunday… Hard to argue with Trish My brain keeps going back to Moolah. She wasn’t he most technical wrestler or fanciest of course, but I feel like as far as overall presence and accomplishments and impact, she’s right up there with anybody. If I had to choose, it’s most definitely Beth Phoenix. She’s not a current wrestler but she was a genuine athlete while still maintaining everything that it took to be a diva, beauty, brawn and an amazing presence in the ring. Definitely the best of the best. TNA or other: Cheerleader Melissa I’d have to go with Mae Young. Such a great talent My favorite/greatest would be Lita. honestly, I’d probably have to say Mickie because she had the whole package, she had the sex appeal, (and has it still) but also incredible in ring athleticism and could talk all day and was that way through her whole career from the beginning Sherry could wrestle, manage, talk, she did it all! She was the only female wrestler to hold WWF Intercontinental Championship title… That’s pretty badass.

Ken Resnick:
Considering ability, talent, strength, looks and desire I would put Madusa first, followed closely by Sheri Martel, and then Wendi Richter (especially considering her impact on bringing the music industry into the sport). Although she never got real national exposure other than the LPWA, Sue Sexton could hold her own with most anyone. Speaking of LPWA, Terri Power, while she lacked at least early on great ring ability, she really established the body building type female in the business as Tina Moretti did to establish a place for the smaller but really attractive girl. Wendi Richter is my vote, I also like Molly Holly and Lelani Kai

more to be published later…