Notes on Chris Jericho, TNA British Bootcamp, and a former contributor moves on to Rolling Stone 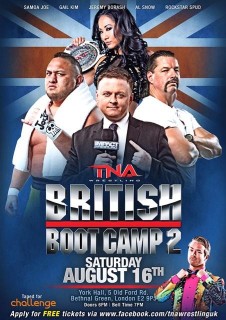 – Chris Jericho did an interview with the Staten Island Advance, promoting his new book. Jericho is asked about his greatest moments in the ring. Jericho talked about working with Shawn Michaels. “That’s kind of the cornerstone from a wrestling standpoint,” Jericho said of his work with HBK. “I knew that I had that when I started writing the book, but as big of a feud as that was, there was also the angle with Rey Mysterio that was incredible. And with CM Punk — that was great.”

– I wanted to congratulate former GERWECK.NET contributor Adam Kelly, who had reported news on the site and, for a time, posted a wrestling podcast with his brother Ed. He is now a Freelance Journalist at Rolling Stone Magazine.