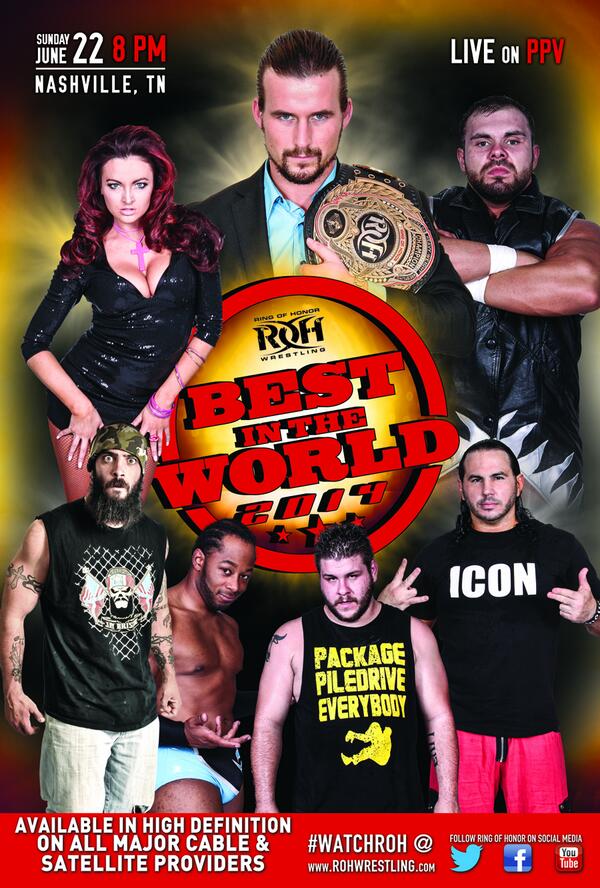 * The Briscoe Brothers d. Matt Hardy and Michael Bennett (with Maria Kanellis). Originally, Briscoes won by DQ but Nigel McGuiness restarted the match and made it no DQ. Briscoes defeated Hardy and Bennett after Hardy was superplexed off a ladder though a table

* Michael Elgin defeated Adam Cole to become the 20th ROH champion. After the match, Cary Silkin gave Elgin a hug inside the ring as confetti came down.