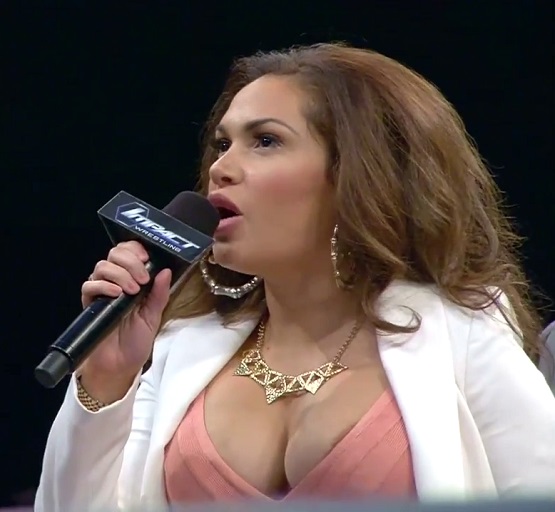 – Reyes began her working life as a dancer with the Amira Mor troupe
– In 2005, she performed in an off-broadway musical titled ‘Secrets of the Desert’
– In July 2007, Reyes appeared in Playboy magazine for the first time. She would go onto grace the publication several times over the next few years
– In 2010, Reyes (as Reby Sky) became the backstage interviewer for the Lucha Libre USA promotion
– On March 19, 2011, Reyes made her in-ring debut, teaming with Nikki Corleone & ODB to defeat Chrissy Cialis, Jacqueline & Tigresa Caliente
– On July 20, 2012, Sky made her PPV debut at SHINE 1, defeating Jayme Jameson
– On March 23, 2013, at SHINE 8, Sky defeated Jessicka Havok in a Career vs Respect Match
– On October 5, 2013, Reyes married fellow professional wrestler Matt Hardy
– At TNA Knockouts Knockdown 2014, Sky defeated Velvet Sky to qualify for the Queen of the Knockouts Gauntlet, which was won by Madison Rayne
– In late 2014, Sky took a hiatus from wrestling after announcing that she was pregnant with her first child
– In June 2015, Sky gave birth to a boy, Maxel.
– Sky became a regular feature on TNA programming during the Broken Universe storyline
– In early 2017, the Hardys and Sky left Impact Wrestling