– In June 2010, Io and her sister Mio came together with fellow freelancer Kana (Asuka) to form the Triple Tails stable.
– Shirai, working under the ring name Biba Kasai, made her debut for International Wrestling Revolution Group (IWRG) at an event in Naucalpan, Mexico on October 14, 2010.
– In April 2013, she captured the World of Stardom Championship. A title she captured for a second time in Tokyo on December 23, 2015.
– She won the Joshi Puroresu Grand Prize in 2015, 2016, and 2017.
– In March 2017, Shirai took part in a WWE tryout at the WWE Performance Center in Orlando, Florida. WWE offered her a contract, but the company rescinded their contract offer upon learning a neck injury that would delay Shirai’s WWE debut.
– She earned World Wonder Ring Stardom’s Outstanding Performance Award for 2017. Shirai also earned the promotion’s MVP award in 2013, 2014, and in 2016.
– Shirai won the Artist of Stardom Championship six times, including once with Kairi Hojo (Kairi Sane). 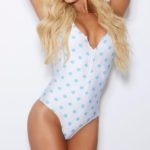