Ring name: Candyfloss
From Candy Kingdom, weighs in at 56,000 grams of sugar.

Performed for many promotions such as Progress Wrestling, Riptide Wrestling, Pro Wrestling EVE & soon to be making my debut for Stardom in Japan.

Trained at Progress Wrestling School, since the age of 15.

I’d love to do a Candy Death Match Open Challenge and Big T Justice comes out!

My huge wrestling goals that I’d love to achieve one day is work for the WWE, and wrestle at Wrestlemania.

I’ve always wanted to go to Japan and I’m going in April to wrestle for Stardom.

Growing up, my favourite wrestler was AJ Lee because she wasn’t afraid to be different. Brought something new to the women’s division. 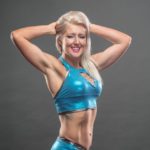