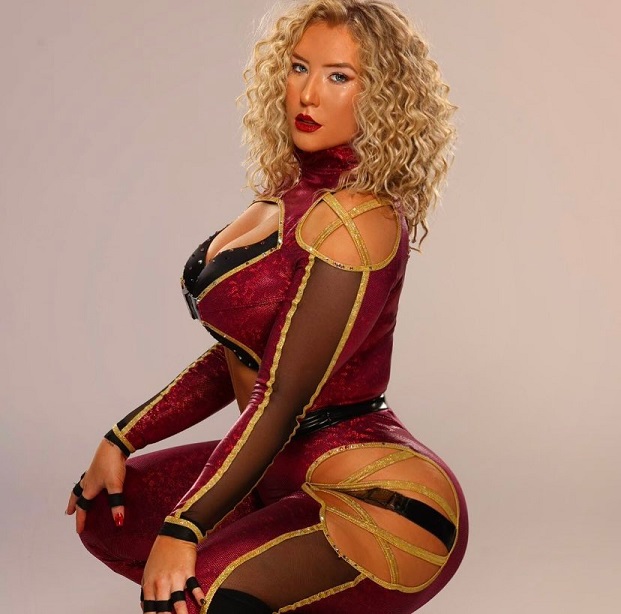 Tuesday’s NXT episode featured a segment where Indi Hartwell and Dani Palmer found Nikkita Lyons down in the parking lot, clutching her leg. It was implied that someone hit Starks on their way out of the lot. Zoey Stark, who has been feuding with Lyons, was among the people shown walking around the parking lot. Hartwell and Palmer called for help to tend to Starks, and that was the end of the segment. Vic Joseph later noted on commentary that Lyons was taken to a local medical facility.

In an update, Lyons took to Twitter this afternoon to announce that she is suffering from a torn ACL and meniscus. It appears the NXT parking lot angle was done to write her out of the storylines for the time being. She wrote-

“ACL & Meniscus are torn. [leg emoji] This comeback is personal. Thank you to all who consistently show love & genuine support. it means the [world/Earth emoji] to me. [lion emoji]Those of you who don’t see the vision, thank you too. Stay ya a** right there. This is just another lesson life needed to teach. [sunflower emoji] Love”

There’s no word yet on if Lyons suffered the injury while training, but she has not wrestled since defeating Jakara Jackson on last week’s NXT Level Up episode, which was taped on January 17.

Lyons, who signed with WWE in the summer of 2021 and debuted in December of that year, suffered a partial MCL tear and a MCL sprain in May 2022. She was on the shelf until late June, returning to action earlier than expected. It was reported that she also suffered a concussion in August 2022.

ACL & Meniscus are torn.🦵🏼This comeback is personal. Thank you to all who consistently show love & genuine support. it means the 🌎 to me.🦁Those of you who don’t see the vision, thank you too. Stay ya a** right there. This is just another lesson life needed to teach. 🌻 Love. pic.twitter.com/kOrMryOZsu