News for next week’s NXT 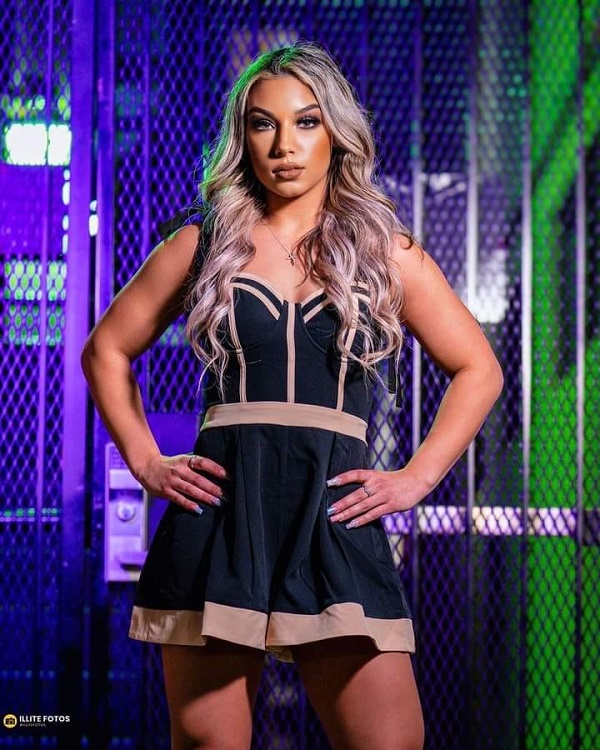 A Handicap Match for the WWE NXT Women’s Tag Team Titles and more have been announced for next Tuesday’s show.

WWE has announced that Katana Chance and Kayden Carter will defend the NXT Women’s Tag Team Titles against Alba Fyre next week. The match was made after Fyre had words with the champs in a backstage segment on this week’s show. Fyre indicated that she might be interested in going for the titles, but Chance said she doesn’t even have a partner. Fyre said she doesn’t need one.

Fallon Henley and Kiana James will finally team up next week but there’s no word yet on who they will face. Henley previously lashed out at Brooks Jensen over his new relationship with her rival, but later apologized and said she asked to team with James in an attempt to smooth things over, adding that she is only doing this for Jensen.

Two more women’s matches were also announced for next week – Wendy Choo vs. Elektra Lopez, and Tiffany Stratton vs. Indi Hartwell. These two matches were made after backstage segments on this week’s episode. Stratton ripped the NXT women’s division when she returned at New Year’s Evil the week before, and that didn’t sit well with Hartwell. Lopez tried to help Valentina Feroz defeat Thea Hail with a pair of brass knuckles, but Feroz went to give the knucks to a referee. This led to Hail getting the pin on Feroz. Lopez later confronted Feroz backstage and told her she needs to fight to win and fight for respect, and stop sulking over Sanga. Lopez also said she once stood with men as well, but realized she needs to stand on her own and do what it takes if she wants to achieve what she wants. Lopez ended the promo by saying she also practices what she preaches, so Feroz should watch her match against Choo next week.

Speaking of Hail’s win over Feroz, this was her first win on the main NXT TV show. Now next week’s show will see Chase University honor Hail with an award ceremony.

There will also be a Vengeance Day Summit on next week’s show with Jacy Jayne, Gigi Dolin and NXT Women’s Champion Roxanne Perez. We noted before how Dolin and Jayne became the new #1 contenders to Perez by eliminating each other at the same time to win last week’s Battle Royal. The Triple Threat for the title was then confirmed for Vengeance Day on February 4. This week’s show saw Perez and Lyra Valkyria defeat Toxic Attraction in the main event.

Below is the current line-up for next week’s NXT: