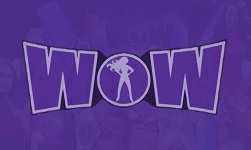 Viewership information has been released for the latest two episodes of WOW (Women of Wrestling).

According to Brandon Thurston from WrestleNomics, the 14th episode, which aired on December 18th, was watched by 301,000 viewers in syndication, a slight drop from the previous week. They scored a rating of 0.03 (41,000 Viewers) in the 18-49 demographic, which was also down from last week.

The 15th episode of WOW, which aired on Christmas Day, was watched by 360,000 viewers in syndication and scored a rating of 0.06 (86,000 Viewers) in the key demographics, a significant rise from the previous week and the promotion’s highest total viewership since their relaunch back in September.